Minister of Science and Higher Education Barbara Kudrycka presented Diamond Grants and Prime Minister’s Awards for outstanding scientific, scientific-technical, artistic activities, and for the best doctoral and postdoctoral dissertations. One the awarded is Dominik Kubicki – master student in our group.

During the ceremony in the Prime Minister’s Office, Minister Barbara Kudrycka encouraged experienced researchers, both winners of Prime Minister’s Awards and other renowned researchers, to collaborate with the “Diamond Society”, the winners of “Diamond Grants”. The Minister added that the opportunity to work with world-class scientists increases the chances of young researchers to win more important prizes, maybe even a Nobel Prize. “I think that this Diamond Society will be under special care of (…) outstanding Polish scientists” – she said. During the ceremony, the minister noted that in addition to talent, hard work and passion, for a researcher it is important to meet a master.

Diamond Grants, which could be up to PLN 200 000, were given to one hundred outstanding students of Polish universities. The money will help them in carrying out their own work, which will open their way to rapid scientific careers. This is the first edition of the “Diamond Grant” programme announced by the Ministry of Science and Higher Education. The programme will continue for four years with a budget of PLN 17.5 million.

News at Polish Ministry of Science and Higher Education website 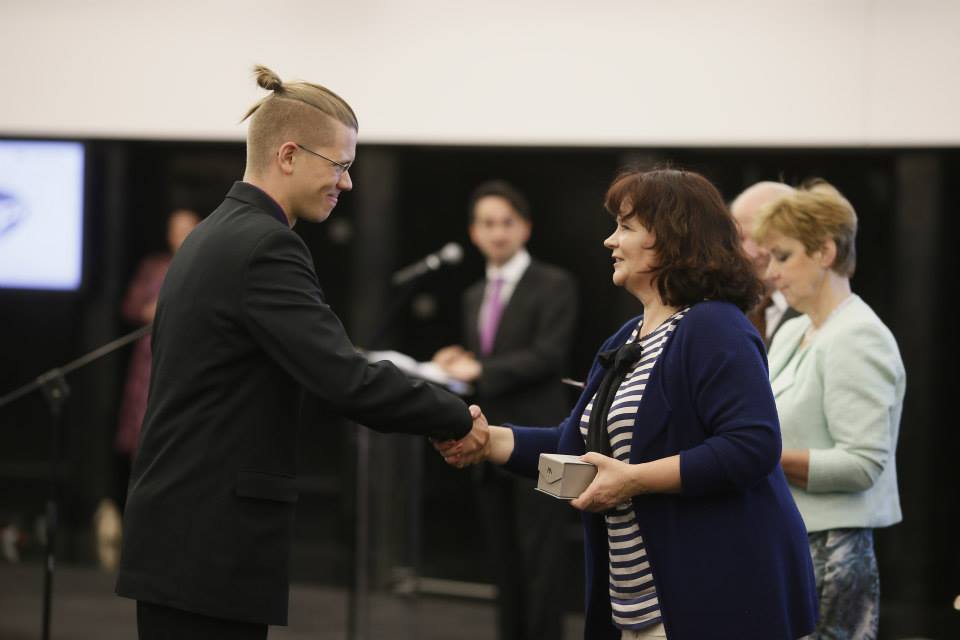 Dominik Kubicki and Barbara Kudrycka, Polish Minister of Science, during the award ceremony