Professor Michael Grätzel was visiting Warsaw between April 27 and 29 for the invitation of Prof. Janusz Lewiński. He was visiting Institute of Physical Chemistry Polish Academy of Sciences thanks to the support of the EU 7th Framework Project “Noblesse”. He gave an open lecture in the lecture hall of IPC PAS (Kasprzaka 44/52, Warsaw) on Tuesday 29 April. After that he visited the laboratories and took part in several discussions.

Professor Michael Grätzel directs there the Laboratory of Photonics and Interfaces at the École Polytechnique de Lausanne. He pioneered the use of mesoscopic materials in energy conversion systems, in particular photovoltaic cells, lithium ion batteries and photo-electrochemical devices for the splitting of water into hydrogen and oxygen by sunlight. He discovered a new type of solar cell based on dye sensitized nanocrystalline oxide films. Mass production has started in October 2009. Author of over 900 publications, his work has been cited over 107’000 times (h-index 151) making him one of the 10 most highly-cited chemists in the world. [source: lpi.epfl.ch] 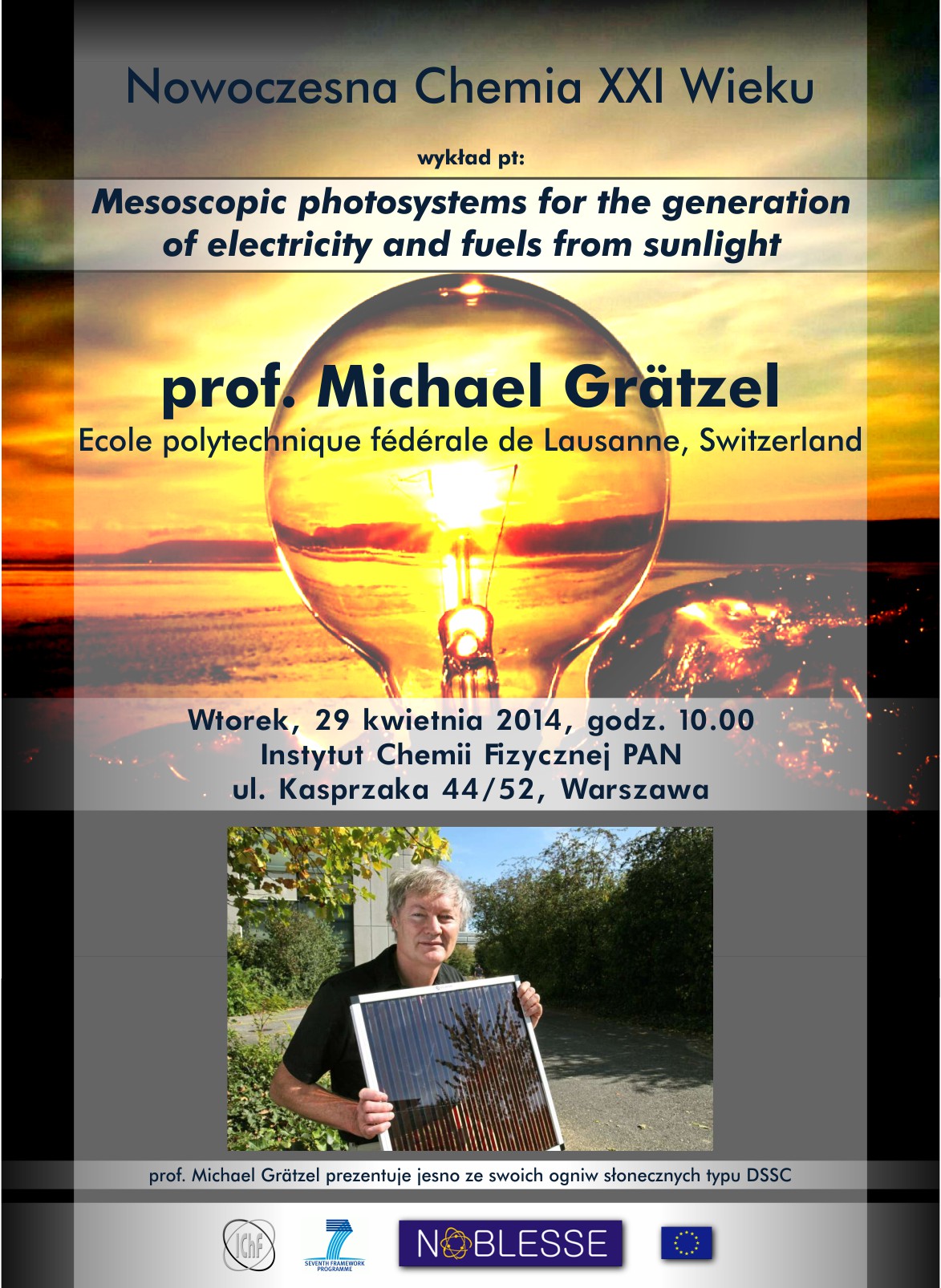