Professor Bruno Chaudret was visiting Warsaw between June 12 and 14 for the invitation of Prof. Janusz Lewiński. He was visiting Institute of Physical Chemistry Polish Academy of Sciences thanks to the support of the EU 7th Framework Project “Noblesse”. He gave an open lecture in the lecture hall of IPC PAS (Kasprzaka 44/52, Warsaw, visited the laboratories and took part in several discussions. 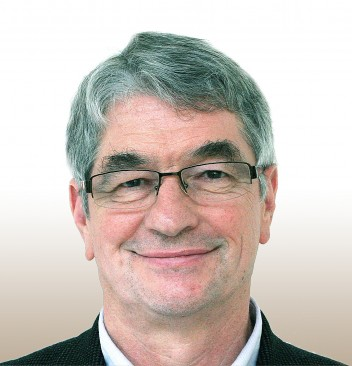 Bruno Chaudret is the Senior Director of CNRS (National Centre for Scientific Research), Director of the Laboratoire de Physique et Chimie des Nano-objets CNRS in Toulouse and a member of the French Academy of Sciences. He received his Ph.D. from Imperial College London in 1977 with Sir Geoffrey Wilkinson (Nobel Prize 1973) and the degree of a “Docteur dès Sciences” at the University of Toulouse in 1979.

He developed organometallic methods for the synthesis of metal or metal oxide nanoparticles. The mild conditions used allow the control of the particle size and size distribution together with that of the surface species present on the nanoparticles (hydrides, organic or inorganic molecules). These particles exhibit physical properties, in particular magnetic properties, similar to those studied using high-vacuum methods. According to the reaction conditions, the particles adopt precise shapes (spheres, cubes, rods, wires, urchins, fractal structures) and may assemble into two- or three-dimensional super-crystals in which the particles diameters can vary between 1 and 15 nm. These new nano-objects display interesting properties in various domains such as catalysis (enantioselective), magnetism, optics, micro- and nanoelectronics. The most promising applications are presently found in devices for micro-electronics among which gas sensors have lead to a practical industrial applications. [source: RSC]

Bruno Chaudret in our Institute